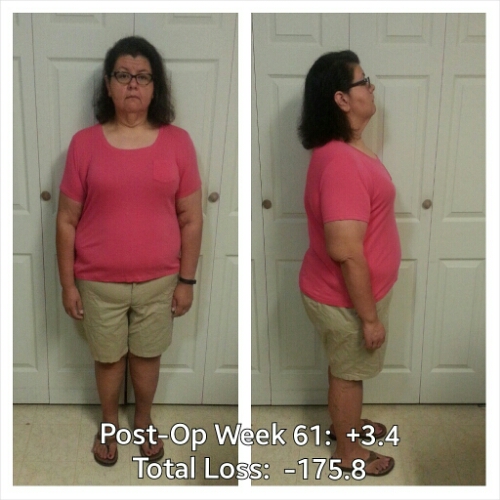 This week can suck it.  If ever there has been a time during this whole weight loss process that I have felt like my wheels are spinning, it’s now.

I’m trying not to be discouraged by this gain, but it’s hard not to be down about it.  I know that the path to my goal is not a straight line, but I also know that I’m in the toughest part of the process:  the last 50 pounds.

I feel like I felt when I weighed 350 and was trying to get out of “the range.”  Perhaps I am stuck in yet another range, and this back and forth cha-cha I seem to be doing with the scale is my body trying to stay where it is.  I have a ton of loose skin, but I know that I still have weight to lose.  I’m frustrated by this, but stubborn enough to keep going.  I keep thinking I might need to revise my final goal, but I don’t want to settle.  I do think, though, that I might revise my “getting under 200 goal” to March (my 42nd birthday) instead of December.  And maybe I need to start thinking of other non-scale goals to aim for instead.

Swimming lessons start this week so perhaps adding a new activity to my repertoire will help.  I sat out of workouts this week because my hamstrings were so sore from last week’s kettlebell lesson that I had a tough time getting around. I forced myself to go up and down the stairs at school to stretch them out some, but to no avail.  I am eager to try the deadlifts I learned last week this week, though.  So tomorrow night when I head back to the gym, I’ll be trying those out as part of my arm workout.

Also?  I’ve registered for the Jameson 5K.  I’m excited about that.  The Jameson is a run that my university hosts each year as a fundraiser for a scholarship that honors one of our alumni.  Even though I may not run the entirety of it, I’m anxious to really finally do this race.  I did the fun run last year and told myself I would do the 5K this year, even if I don’t run it.  I can’t wait.  Once I complete the race, that’ll be another thing to cross off my to-do fitness list.

So the second half of my post title is called Haters Gonna Hate for a reason.

We were at a wedding reception last night.  One of my uncles got married last weekend at our family reunion in Albuquerque, because his marriage is legally recognized in the state of New Mexico.  Since not all my uncles’ (yay, I have a new uncle!) friends and family could be there, they had a second short ceremony here in Dallas, followed by a reception.  There were lots of folks there, most of whom I didn’t know–my uncles have a ton of friends!

There was one person in particular there that I do know–we’ll call her N.   She has known of me for quite some time, and until I had WLS, I was quite a bit larger than she was (she is a larger woman as well).  We saw her for the first time since I’d had surgery at the end of the spring, when one of my aunts was having a yard sale, and I was getting rid of a bunch of my old clothes because I couldn’t wear them any more.  N bought a bunch of the camisoles I had out for sale because they were her size.  I remember at the time my husband making a comment later about how he thought that N wasn’t too happy that now I was considerably smaller than she was.  At the time I didn’t think too much of it.

We were at the reception, and had gotten a bite to eat.  Mind you, we didn’t eat much–I had a bite of a piece of shrimp, and a half a slice of brisket.  I knew we were going to get something later that had a bit more protein in it so I didn’t want to eat much, and besides, there was little else at the reception that I really could eat (potato salad, which I dislike, and tons of bread and crackers, which I was trying to avoid so that I could have a bit of cake later).   I did eat half a cupcake–hubby and I split one, because they were really rich.  When we left the reception, my husband remarked to me, “N watched what we ate the entire time.”  I said, “You know what?  Let her.  I really don’t care that she watches my plate like a hawk.”

And I don’t.  I don’t give two shits what someone else thinks about what I choose to feed myself.

I know that every time we are at a family function and N is there (usually with her daughter, who is also big), she is constantly giving me the side eye.  I’m pretty sure that what goes through her head when she looks at me is skinny bitch.

And you know what? 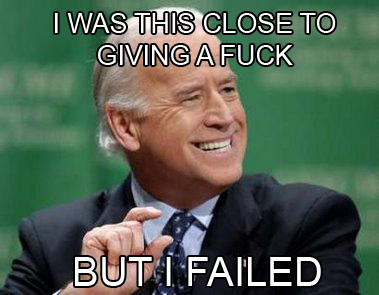 If you’re going to be jealous, then just say it.  Don’t be a chickenshit and brood in your own jealousy.  OWN IT, DAMMIT.

Go on, be jealous.